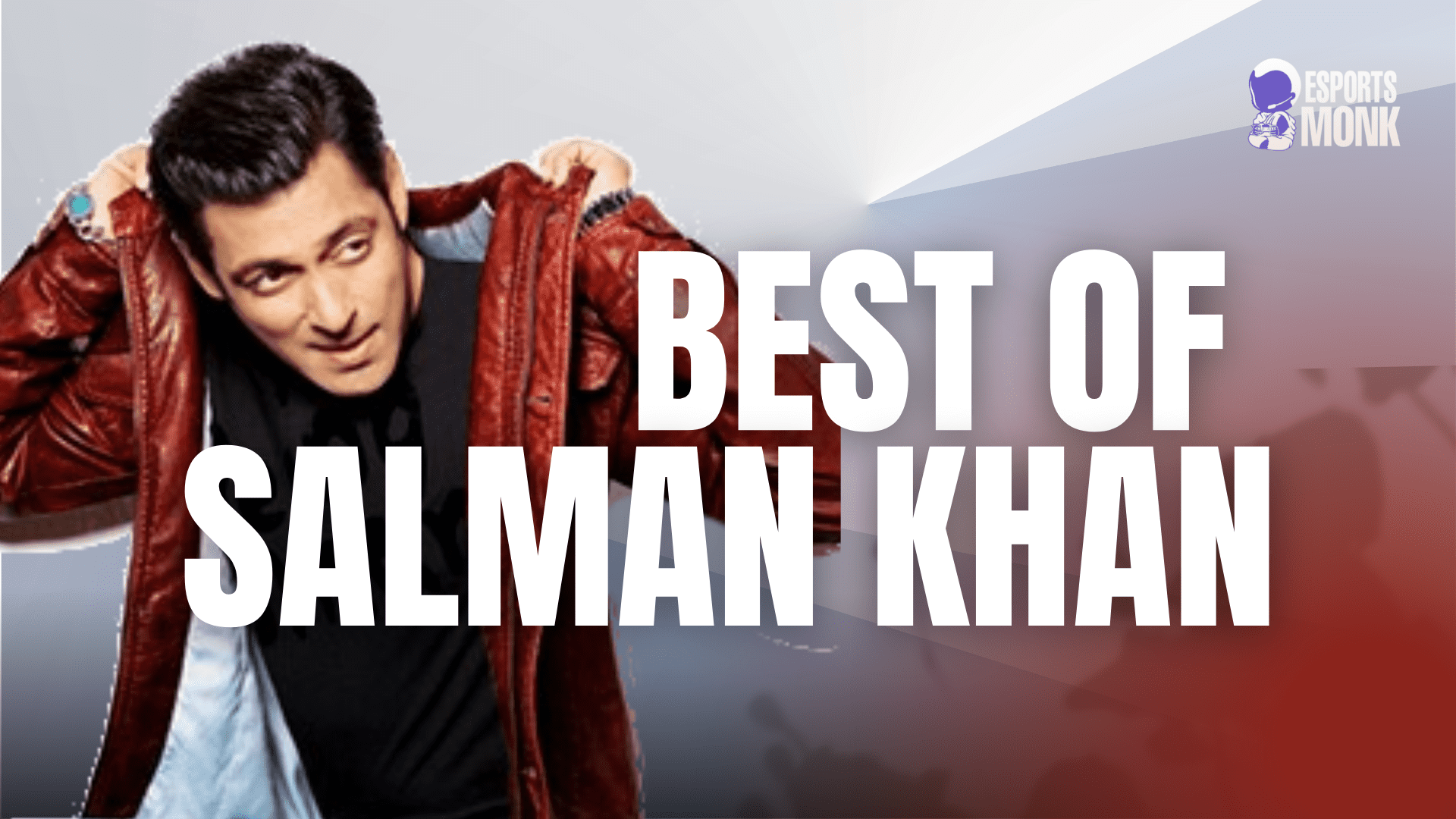 Salman Khan is one of the most beloved and respected actors in the Indian film industry. With his 57th Birthday approaching, in this post, we will explore the top 10 best Salman Khan movies of all time. We will look at the box office success of the films, the critics’ feedback, and the overall impact the films had on the industry.

Hum Aapke Hain Koun is one of the most popular Salman Khan movies of all time. It was released in 1994 and quickly rose to become one of the highest-grossing Indian films of all time. The movie is a romantic drama and stars Salman Khan and Madhuri Dixit in the lead roles. Hum Aapke Hain Koun tells the story of a young couple, Prem and Nisha, whose lives are changed when they get married. The movie has some of the most memorable dialogues, songs, and dance sequences, making it a classic in the world of Bollywood. It is truly one of the best Salman Khan movies of all time.

Maine Pyar Kiya is one of the most iconic films of Salman Khan’s career. Released in 1989, this romantic drama was a massive success, grossing over 10 times its budget and becoming the highest-grossing film of the year. The film follows Prem, a rich boy, who falls in love with a poor girl, Suman. Despite their differences in social status and class, their love is strong and eventually, their families come to accept their relationship. This movie is considered a classic, and it was the beginning of Salman Khan’s rise to stardom. It is a must-watch for any fan of Salman Khan or romantic films.

Bajrangi Bhaijaan is easily one of the best Salman Khan movies of all time. It tells the story of an Indian man who embarks on a journey to reunite a mute Pakistani girl with her family. The movie has a heartwarming plot that is full of emotion and is sure to tug at the heartstrings of viewers. Salman Khan gives an outstanding performance in the movie, as he is able to convey emotion without saying a single word. He also brings a lot of humor to the movie and keeps the audience entertained throughout. The movie was a huge success and grossed more than Rs. 600 crore worldwide, making it one of the highest-grossing films of all time.

Dabangg is one of the most popular Salman Khan movies of all time. Released in 2010, the movie was a massive hit at the box office and it quickly became one of the most successful films in Bollywood history. The movie follows the story of Chulbul Pandey, a police inspector in a small town who fights against corruption and crime. Salman Khan is the perfect choice for the role of Chulbul, as he brings a unique combination of charm, humour, and raw power to the role. The movie features some iconic dialogues and action scenes, making it a visual treat for fans. Dabangg is a must-watch for Salman Khan fans, and a great way to experience the star’s unique charisma and style.

Ek Tha Tiger is one of Salman Khan’s most successful films and is considered one of his best. The action thriller tells the story of RAW agent Tiger (Salman Khan), who is sent on a mission to Ireland to investigate the activities of a scientist suspected of selling nuclear secrets. Along the way, he meets and falls in love with a Pakistani spy (Katrina Kaif) and the two embark on a thrilling adventure filled with action, drama and romance. The movie was a huge hit at the box office and was praised for its action sequences and the chemistry between Salman Khan and Katrina Kaif. The movie was also very well-received by critics and is considered one of the best Salman Khan movies of all time.

Hum Dil De Chuke Sanam is a romantic drama film, starring Salman Khan and Aishwarya Rai in the lead roles. The film tells the story of a young woman, Nandini (Rai), who is forced to marry a man she does not love in order to save her family’s honor. Meanwhile, her true love, Sameer (Khan), desperately searches for her. The film has become a classic and is widely regarded as one of Salman Khan’s best movies. It is an emotional story of love, honor, and sacrifice, and is sure to touch the heart of any viewer. Hum Dil De Chuke Sanam is a must-watch for any Salman Khan movie fan.

Wanted is one of Salman Khan’s most popular movies of all time. It is a high-octane action movie featuring Khan as a wanted criminal on the run. The movie follows Khan as he dons disguises, outwits the police, and fights off villains while he tries to clear his name. Khan’s character is both heroic and often comical, making Wanted an entertaining watch. The movie also has some of the best action sequences of Khan’s career and an amazing soundtrack that enhances the whole experience. Wanted is a classic action movie that is sure to entertain both Salman Khan fans and action movie lovers alike.

Partner is one of the top 10 best Salman Khan movies of all time. The movie follows the story of Prem, played by Salman Khan, who is a happy-go-lucky young man who falls in love with an NRI named Priya, played by Katrina Kaif. The movie is a romantic comedy and it follows Prem as he tries to win the heart of Priya and prove to her that he is the right man for her. The chemistry between Salman Khan and Katrina Kaif is what makes the movie so enjoyable and the comedy is sure to keep you laughing throughout the movie. Partner is definitely one of the best Salman Khan movies and a must-watch for all fans of the actor.

And this sums our list of best Salman Khan movies, which of these is your favourite? Don’t forget to comment down below!