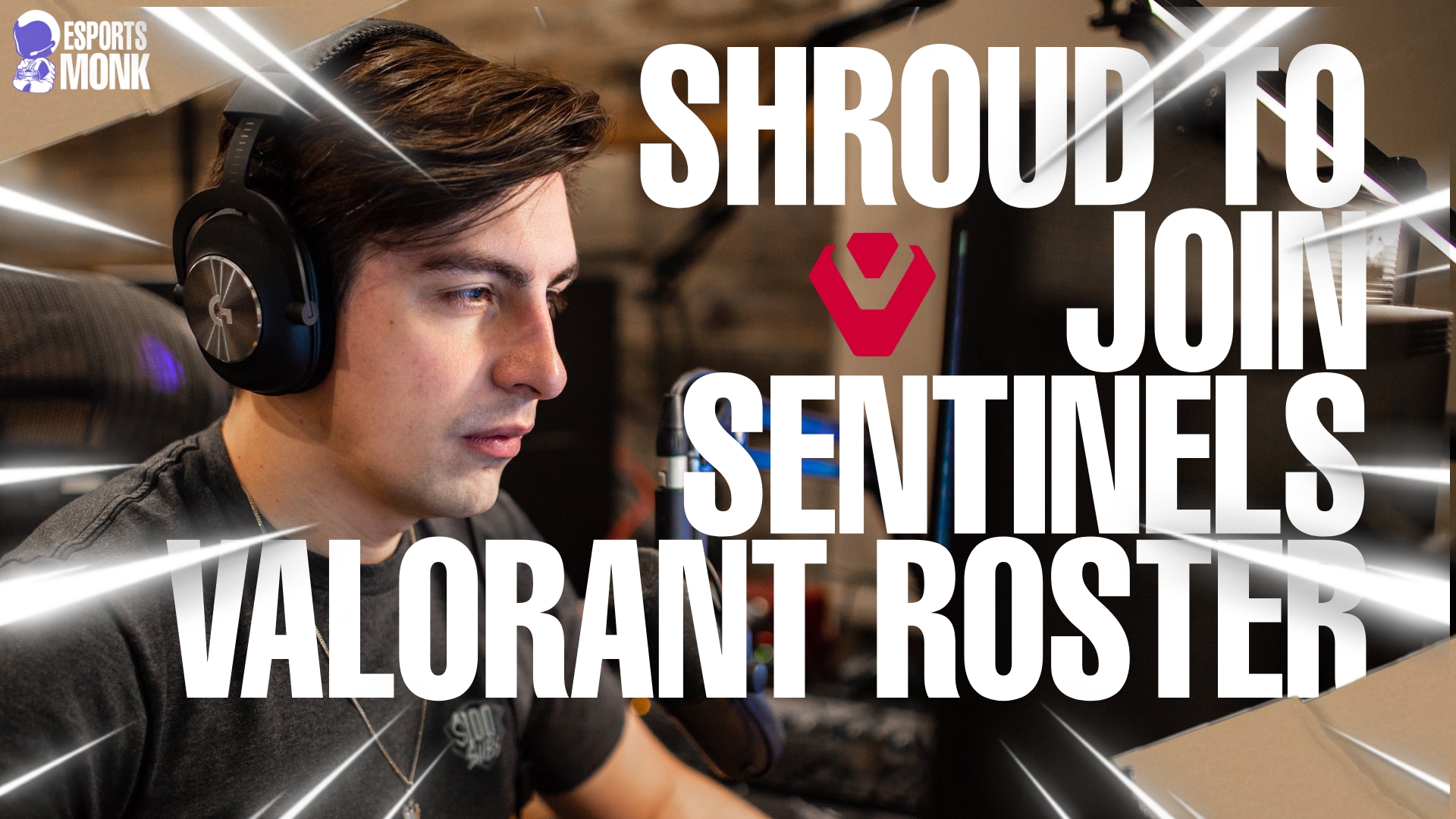 Probably the biggest news of 2022 surrounding Esports is the recent addition to one of the most popular Valorant teams of all time, that is Sentinels which recently welcomed former CSGO pro Michael “Shroud” Grzesiek as the newest player on their roster. This undoubtedly turned out to be a massive deal for the international Valorant Esports community, as the gaming sensation is all set to rock his fans with his amazing mechanics.

Why did Shroud join Sentinels?

According to Monk, Shroud will also play the ‘Nerd Street Summer Championship 2022: Last Chance Qualifiers’ on behalf of Sentinels. In addition to this massive update Shroud may temporarily replace SicK on the roster; SicK also took this matter on Twitter to clarify that he has been struggling with his mental health making him voluntarily take a break. However, the craziest part about this whole recruitment is that if Sentinels do qualify for the VTC LCQ, Shroud will accompany them in Champions.

So what is next for the current Sentinel’s Roster? As previously Zombs stepped down from the roster and SicK willingly took a break, according to Monk the current playing five of the Sentinel’s Roster are Shahzeb “SHAHZAM” Khan as the IGL, Michael “DAPR” Gulino, Tyson “TENZ” Ngo world’s greatest Jett, Eric “KANPEKI” Xu and of course Michael “SHROUD” Grzesiek who is an expensive addition to the official team. We anticipate Shroud to accelerate the team’s popularity and value, with the exciting and fun prospect he is better known for.

Shroud as a Player

Shroud had a ton of success in his career as a CSGO athlete, he had booked several major tournaments under his name. After being away from his professional career for a hot while, the monk’s secret spies conveyed to us that the planning for Shroud’s arrival was carried out way before the announcement which gave the team a great opportunity to sink their synergy. Alongside the player coordination, there was actually a dedicated management team, coach and other assets that help Shroud pick up the momentum within little to no time.

All you need to know about the PUBG Mobile World Invitational 2022.